Things to see and do in Eritrea – Asmara there are few cities so suited to the simple pleasure of walking and exploring as Asmara. The climate is perfect, the streets are clean, refreshment is widespread, crime is very rare, the architecture is stunning, the distances are manageable, the sights are varied, and the people are warm. Explore the city on foot and discover its many hidden treasures, from 1930s cinemas to futuristic petrol stations, and when you’re tired there’s always a café nearby in which to refuel with a wide selection of drinks and pastries.

Fiat Tagliero Building, a futurist departure from the art deco standard that defines most of the notable Italian-era buildings in Asmara, this former petrol station was constructed in the late 1930s to resemble an airplane and maybe the single most-photographed structure in the city. It’s on the northwestern side of the large intersection at Sematat Ave and Mereb St.

Dankalia occupies a large portion of southern Eritrea and the lowlands of northeastern Ethiopia. The portion of Dankalia that lies within Eritrea comprises the narrow strip of land extending to the south and kissed by the sea for almost 500km (310 miles). Even the gentle breezes of this most majestic of Red Sea coasts barely stir the thick soupy air, which boils up from the baked ground in unforgiving waves that burn the skin and choke the lungs. If the devil wanted to create hell on earth, the infernal wastes of Dankalia would be his choice, but for the most intrepid travelers, this hostile landscape offers an unforgettable journey.

To the northeast of Asmara lies the Semienawi Bahri, or ‘Green Belt’ region of Eritrea. The area is more commonly known as Filfil and contains the last remnants of Eritrea’s once-abundant tropical forest, home to an impressive array of birds and mammals. It is hard to imagine such dense forest exists in this region of Africa. The forest thrives on the vast, moist escarpment that links the highland plateau with the burning lowland plains.

Keren is the capital of the Anseba province and the third-largest city in Eritrea after Asmara and Massawa. It is a relaxed pretty town, famed for its quiet pace of life, colorful markets, and ethnic diversity. It forms the crossroads between several roads that branch out towards Nakfa, Agordat, and Asmara. The town rests in a bowl, the rim of which is formed by the formidable peaks of Lalemba, Ziban, Senkil, Felestaw, Itaber, and Amba Mountains.  things to see and do in Eritrea – Keren is visiting the famous Monday camel market.

Massawa was an ancient port and remains the largest natural deep-water port on the Red Sea. If Asmara is an Italianate city, Massawa is Turko-Egyptian style, reflecting the periods of Ottoman and Egyptian rule from the 16th century to the late 19th century. The beautiful but ramshackle old town was damaged during the ‘Struggle’ but its coral block buildings still retain some of the former grandeur that makes this antique port appear like a miniature version of Zanzibar’s Stone Town.

The site of Metara on the outskirts of Senafe covers about 10 hectares, and is known variously amongst locals as Balaw Calaw, King Kaleb’s remains, and the Gate of Axum. There are many ruins including the ancient obelisk dating to the 3rd century. The nearby town of Senafe is dominated by the huge rocks to the south. You can climb to the top of the largest of these and it is worth it for the views but you should ask someone to show you the easiest way, as it is not a simple climb.

Eritrea is rich in archaeological sites, many of which have yet to be excavated. The ruins of Qohaito, on the road south of Asmara towards Senafe, and Adulis, on the coast, are the most famous. The site contains the Safra’s Dam and the ruins of the palace of King Saba from the Axumite and pre-Axumite period. The ancient port of Adulis is currently being excavated.

The Dahlak Archipelago : One of the best things to see and do in Eritrea

With around 350 islands off the Eritrean coast, the Dahlak Archipelago is a national park that is the window on an unspoiled underwater world of flat reef gardens and an extraordinary variety of sea life. Travelers cannot go alone or without permission and should also be mindful of the extreme temperatures.

Everything You Need To Know before Visit Eritrea

Eritrea’s Red Sea coast is hot and dry all year round. In Massawa, winters (December to March) are hot and sunny, with highs of 30°C, but from May to September it can feel oppressively hot, hitting 45°C sometimes. By contrast, much of the interior, including the capital Asmara, is at altitude, and therefore cooler. Expect around 23°C in winter, slightly warmer from March to June, and then temperatures drop a bit in July and August, which are the only really rainy months. Nights are cool in summer and can be cold in winter. Organised tours tend to visit Eritrea in February, April, October, November and December.

Do I need Travel Vaccinations for Eritrea?

Yes, some vaccines are recommended or required for Eritrea. The CDC and WHO recommend the following vaccinations for Eritrea: hepatitis A, hepatitis B, typhoid, yellow fever…

How to get Travel Permits?

When tourists are traveling outside of Asmara they will need to obtain a Travel Permit. The issuing of such a travel permit is handled by Adulis travel agent. 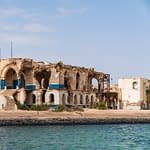 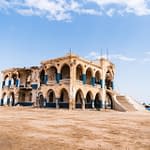 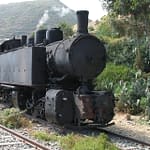 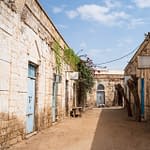 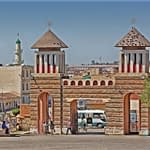 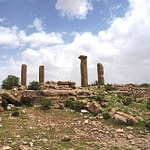